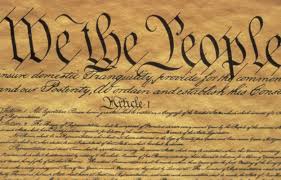 English abstract: In November 2018, New Caledonia will vote on the issue of full sovereignty for the country. The Noumea Agreement, which has constitutional value, strongly structures the constitutional transition process around three principles:

The electoral body is strictly limited to those who will have a special right to express their vote in the referendum deciding on independence. However, there are still disputes over its interpretation.

The Noumea Agreement envisages multiple referendums over a long period of time. This strange provision requires three successive referendums, if the previous one has failed. If a third of the members of Congress so request, a new vote will be held.

The Noumea Agreement includes an effective standstill provision. Until the process succeeds, the political system will remain unchanged “in its latest state”. The French Constitution defines this “irreversibility rule” as a constitutional principle. Unless the French Constitution is amended, a significant change in governance is impossible until the day after independence.

The on-going constitutional transition in New Caledonia in 2018

The Prime Minister of France, Edouard Philippe, has announced the abrupt and dividing question to be posed at the referendum on independence in New Caledonia on 4 November 2018 “Do you want New Caledonia to accede to full sovereignty and become independent?” The answer will be “Yes” or “No”.“Yes” would begin the constitutional transition towards a new Nation in the South Pacific.

However, the political situation is bad. To clarify, there is a steady, unbalanced, propaganda campaign in favor of voting “No”. All of the local media is campaigning for voting “No”. Public funds are constantly flowing in from both New Caledonian government departments and the French government. Everybody forecast a large defeat of the Yes, often around 70% againt 30%.

In contrast to New-Zealand, which proposed an acceptable solution of associated States to Cook Islands, Niue or even Tokelau and supported it by campaigning for the Yes, France has no intention of leading the country towards its emancipation. It is cynically organizing the political failure of the referendum.

All of this aside, on 18 November 2017 at the University of New Caledonia, Philippe Gomès, New Caledonian Member of the French Parliament, summarized the situation in the country: “The Kanak independentists say to the French government: You stole our country 163 years ago! Give it back to us! Then, we will give it back to you, by signing an agreement with France to share the sovereign powers and build an associated country! So, the independentists are only fighting for one second of full independence for the country; and it is only that second the non-independentists don’t want”.

Despite this refusal, the Nouméa Agreement includes guarantees for the pro-independence parties. Thus, the constitutional transition would be blocked for a long time. As you know, the Nouméa Agreement envisages multiple referendums. This strange provision requires three successive referendums, one every two years if necessary, i.e. if the previous one has failed. Until the process succeeds, the political system will remain unchanged “in its latest state”. The French Constitution defines this “irreversibility rule” as a constitutional principle.

Why was this provision included in the Nouméa Agreement? It’s very important, because it guarantees civil peace, by knowing that nothing can change after the vote. However, the biggest risk is that nobody, especially the French government, keeps its word. For example, France could propose discussions about a new autonomy inside the French Republic, a kind of “way out” of the Nouméa Agreement without independence.

The French Prime Minister, Edouard Philippe, addressing Congress of New Caledonia on 5 December 2017, stated: “What will occur on the Day of referendum? The New Caledonian people, as established by the Nouméa Agreement, will directly, and not through elected representatives, decide on the political future of New Caledonia; this will be done completely autonomously, that is to say, totally freely. (…) Ultimately, it will be the New Caledonian people who will decide on sovereignty”. This view is not unanimous in the country. While some of the non-independentists agree to « build a small nation within the greater French Nation », others define themselves as French first. They are expecting the referendum to be a large victory for the French.

As a result, the 2018 referendum won’t be a founding act of the Caledonian people. Actually, the conditions of a consensual founding act do not seem to be met. From the vote, the non-independentist parties hope to get a mandate to break the irreversibility rule. On the contrary, the pro-independentist parties hope the country will take a decisive step towards independence. They waited until the last minute of the presidential visit in May 2018 for a strong gesture from the French State, which never came.

The broad victory of the No is likely to be misinterpreted. There are Kanaks who fear independence and Kanaks who conversely do not want to “share” the country, are not pleased by the “common destiny”, and do not accept to have become a minority. For them, the referendum will be the coronation of the French settlement. Moreover, in Kanak culture, silence in a political discussion often means disagreement.

Thus, failing to win, the independentists may focus on only the ethnic result of the referendum. If the Kanaks vote overwhelmingly for independence, even against all “others”, then the political situation will remain blocked. Nothing would ever be able to change without long negotiations between Kanaks and non-Kanaks.

Is there at least a consensus on appropriate governance for a multicultural Caledonian society? The pro-independentist parties clearly took on the major part of the institutions established by the Nouméa Agreement in their political project for the consultation process. However, the pending vote toughens the debate. The non-independentists are outdoing everyone! Thus, New Caledonian Member of the French Parliament, Philippe Gomès recently mentioned four major disagreements: they were on collegial policy, the voting system for the election of Congress, the allocation keys of income from taxation, and the “sliding” electorate.

These disagreements slow down the discussions instead of facilitating them. We are still far from discussing a new autonomy.

The French Prime Minister, Edouard Philippe, addressing Congress of New Caledonia on 5 December 2017, suggested convening a working group, to establish a set of common values and write a declaration of shared values and rights. This working group has not yet progressed but could perhaps turn out well. However, some non-independentists refuse to sit down to discuss.

As Yash Ghaï regularly says: “The process of making the Constitution is as important as the outcome; in fact, the process determines the outcome”. The risk of a non-consensual constitutional transition in New Caledonia would be a step back, with on one side the colonized Kanak people and on the other side the colonizing French State. The « others » (non-Kanak Caledonians) will then be denied their Caledonian legitimacy since they only define themselves as French. The common destiny between the people of New Caledonia (Kanak and non-Kanak Caledonians) is at stake.

In conclusion, France is the colonizing power. It is its international duty to decolonize. So, France has to propose an acceptable solution in accordance with international Law and campaign for the Yes.