New Caledonia is a small island economy in the South Pacific. It stands out from the rest of France’s overseas departments and territories and even more markedly from the other South Sea Islands for its high standards of living and human development. This country has some exceptional assets, including its considerable ecological diversity, its favourable climate, its mining resources (which provide it with a consistent but volatile revenue), its longstanding trading, intellectual and administrative links with France (which provide it with a gateway into Europe) and its emerging links with the economies of the Pacific region. The constitutional Nouméa Accord of 5 May 1998 provides a framework for the institutional status and future of New Caledonia. The Organic Law 99-209, which relates to New Caledonia and which has been amended from 19 March 1999, implements this Accord by defining the country’s institutions as well as the division of competences, on the one hand, between its different institutions and, on the other, between the French state and New Caledonia.

New Caledonia is one of the overseas countries included on the United Nations’ list of countries to be decolonised. It already enjoys considerable autonomy within the French Republic. It has quasi-state institutions, which are responsible for implementing localised competences (Government, Congress, Customary Senate, three Provinces). Its Congress is a deliberative assembly with independent legislative power in the (almost universal) areas of competence allocated to it. It currently has significant normative competence in matters of private law (particularly civil law, commercial law, employment law and insurance law). In these domains, with the exception of sovereign competences and the final few competences still to be transferred (status of the communes, legality checks, university and audiovisual), the applicable law is not that of mainland France.

This country’s singular institutional and legal context is reflected in the role of the Université de la Nouvelle-Calédonie (UNC).

Aside from the missions handed down to all French universities from France’s Education Code, the Nouméa Accord provides that ‘the University must meet the specific educational and research needs of New Caledonia’ (Nouméa Accord of 5 May 1998, pt 4.1.1, ‘L’Université devra répondre aux besoins de formation et de recherche propres à la Nouvelle-Calédonie’). Its role is incorporated in Article L. 774-4 of France’s Education Code. The UNC must therefore offer education and research that incorporates New Caledonian societal and environmental issues. It does this by ‘contextualising’ its research and, increasingly, also its teaching.

Although initially focused mainly on law research, the team’s work has since expanded to also include research in the domains of economics and, more recently, management sciences. The LARJE is now the principal research centre focusing on island law and economics in New Caledonia. The research developed by the LARJE is based on New Caledonian issues relating to legal and human pluralism and to the country’s liberation. These themes are intended to support not just pure but also applied research on the economic and legal aspects of population trends and localised politics linked to human and industrial activities in New Caledonia.

The UNC has been the driving force behind the creation of CRESICA (Consortium pour la Recherche, l’Enseignement Supérieur et l’Innovation en Nouvelle-Calédonie — consortium for research, higher education and innovation in New Caledonia), which unites all New Caledonian research centres. This collaborative project, whose development objectives are to construct an eco-territory and increase competitiveness, identifies thematics in response to local issues. Within CRESICA, the LARJE’s research interests are currently in line with research area number 3, which focuses on supporting social and institutional development. The LARJE’s members have actively contributed to defining this research area and its objectives.

The two main characteristics of the laboratory worth highlighting in particular are:

Faced with these constraints, the LARJE combines forces to address issues relating to New Caledonia, which are tackled from the point of view of the different disciplines as far as possible. The team is mindful of societal needs as they arise, and members of the laboratory are united by the many collectively organised events that are held, such as colloquiums and study days (which give rise to publications).

The LARJE’s website (https://LARJE.unc.nc) is a very rich source of information, offering free access through keyword searches to research results, such as to the social issues that permeate New Caledonia and overseas.

Because of the specificity of its work, the LARJE now acts as a key think tank for public debate, and its studies make a substantial contribution to the analysis and understanding of both the country’s institutional development and the challenges involved in its human and economic development. 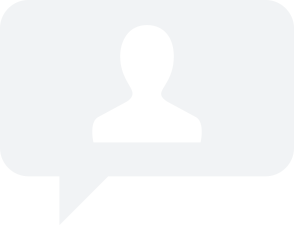